Is Portland A Good Place To Buy A Home?: A Realtor’s Advice

According to a recent report from the National Association of Realtors, the Portland, Oregon metro area is a great place to buy a home. Portland scored well in many categories, including housing affordability, housing supply, unemployment, home prices, and the number and quality of homes for sale.  Housing is one of the most significant expenses for most families, but it’s not just about getting the right place to live. In Portland’s case, housing is more about a lifestyle choice since you can’t put a dollar amount on the benefits of living in Portland: it’s a place where you can be yourself, even if that means being a little more adventurous. So why would you want to plant your roots here? We have eight reasons that might persuade you.

The landscape is defined by Portland’s abundance of urban farms and gardens, its creative and supportive local community, and its deep roots in the rich history of the Pacific Northwest. Portland has been an outdoor enthusiast’s paradise for years, and this is just the place to be during summer. With a wealth of trails that include many alpine and lake routes, the city also hosts several marathons, triathlons, and other races that attract professional athletes from all over the world. But even with a town this active, you’ll still have ample time to enjoy the great outdoors.

Food in Portland, Oregon, is an eclectic mix of foods from everywhere in the country and worldwide. It is are a foodie city, and many will say that the cuisine is the best in the country, even rivaling that of LA and New York. The Portland food scene is genuinely unrivaled, from the local breweries, wineries, coffee shops, and oyster bars to the vast array of food carts. 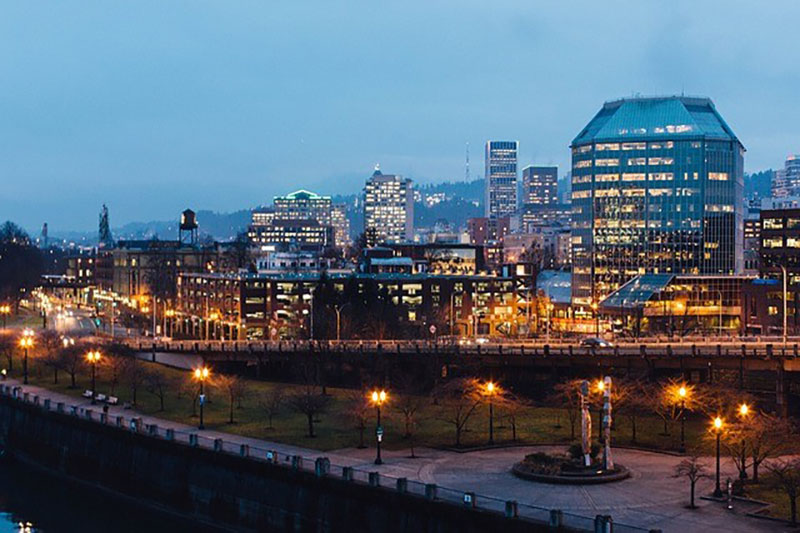 It Has A Laid Back Vibe

Portland is often described as laid-back, casual, and hipster, and these descriptors have some truth. The suburbs are an excellent option for those who are looking to escape from it all. For example, Vancouver homes are set on the Columbia River and offer a more relaxed lifestyle. Nevertheless, it is a short distance from Portland proper, a very diverse place that boasts a small-town feel but with the amenities of a big city. However, it remains an excellent place for those looking to get away from the general busyness of other big cities.

Portland is a city with an economy that is slowly but surely, becoming more and more diverse. The city is home to a lot that is unique and different. The town prides itself on its progressive and environmentally conscious population. The city’s economy has gone through various ups and downs over the last few years, but the city is still going strong. This means that there are always job prospects and opportunities to begin your own business.

A city of great diversity, Portland is well-known for its eclectic mix of neighborhoods. There’s the central, glamorous downtown, which is where the economic and cultural elite live. There are also leafy, tree-lined neighborhoods like the Eastside, the West Hills, and the Pearl District, home to the city’s educated, affluent professionals. All of these neighborhoods have their unique flavors, personalities, and stories to tell.

Because there is no sales tax in Oregon, it means that all the things you usually buy should be cheaper. This, combined with the strong pull of local produce, you will find that the cost of living is slightly less than some other big cities.

Portland International airport, known as PDX, is the largest commercial airport in Oregon, serving the Portland, Oregon Metropolitan Area. PDX is located in Multnomah County, approximately 20 miles Northeast of Downtown Portland, Oregon. It has excellent connections and regularly gets rated as one of the best in the country.

A city like Portland has everything a person could ask for with beautiful views, a dynamic economy, and lively culture. If you’re unfamiliar with Portland or haven’t spent much time there, you’re in for a real treat. If you are in the market for a new home, you should check out Portland.