8 Essential Kitchen Tools for Your Home

Cooking, for many, is about more than just providing sustenance to yourself and your family. It’s an art form, a dedication, a craft that demands and expects as much from you as you expect from it. Cooking, to many, is a way to get back a lost art that has been co-opted by fast-food drive-thrus and ready-made meals, and if cooking is an art form, then the kitchen is the studio.

Keeping control of your kitchen space is a must if you are serious about cooking, and even if you’re not an avid purveyor of the culinary arts, a clean and organized kitchen is still a must as it’s one of the more desirable rooms of the house. Aside from keeping the counters clean, and the food nice and well-stocked, you need to be sure that you have all the tools of success available in your kitchen. Here are the 8 essential kitchen tools you need in your home.

Few and far between are some of these essentials. Some might consider some of these more luxury items, but a good knife set is not one of those. A proper chef’s knife set is going to come in handy every time you use the kitchen. Without this information from Knives Advisor, you might think that any old knife set will do, which is wrong. You need to make sure you have a chef’s knife, bread knife, paring knives, a cleaver, boning knife, filleting knife, and of course, shears. These are all essential to any well-operating home kitchen.

A good cast-iron skillet is going to last you your entire lifetime. With this kitchen tool, you can cook from a stovetop and move directly into an oven, which is very handy for a lot of meat dishes, pasta dishes, baked recipes, and baked goods, and an endless list of recipes. If you need versatility and durability in one piece of kitchenware, then a cast-iron skillet is it.

This is one of those kitchen tools that many would consider a luxury, and not needed until many of the other bases have been covered, but there is certainly an argument for why any kitchen needs one. First of all, pasta is such a universal group of food and dishes that making your own should be a skill everyone should know in the kitchen. Secondly, a pasta maker is an inexpensive device that will prove its worth time and time again, so the argument for it is much stronger than against. 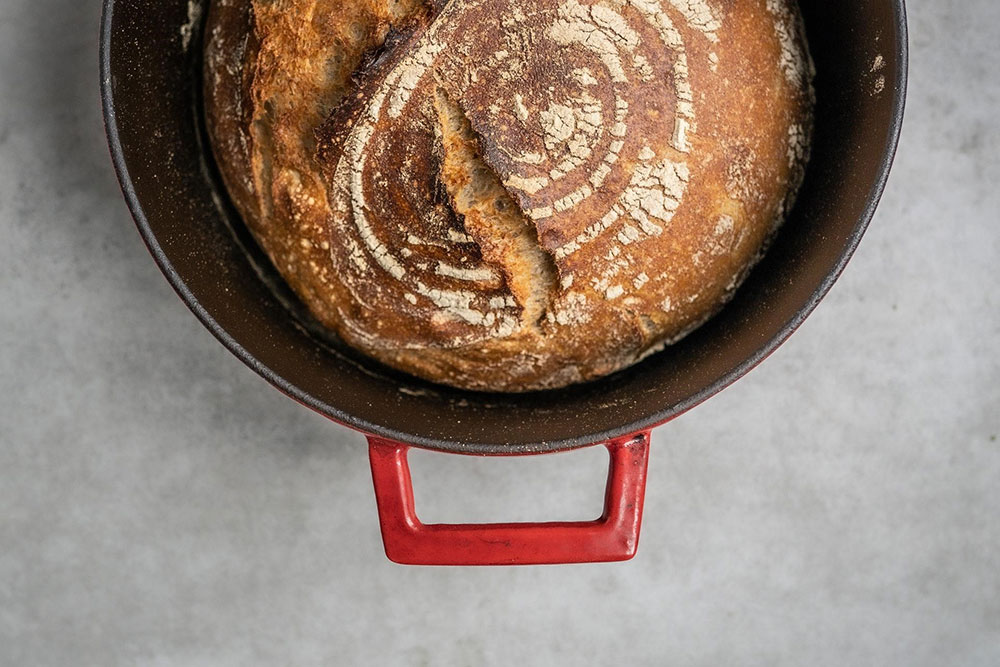 In a very similar manner to a cast-iron skillet, a good dutch oven is going to last you a plenty long time. The same kind of durability to cook a roast in your oven and keep the fat, heat, juices, and flavor kept inside is plenty of reason to have one. Not to mention, the dutch oven is incredibly useful for serving as well as cooking, especially during times like Christmas or Thanksgiving.

Not just any cutting board will do, sometimes you need a cutting block. Thicker, denser, and able to handle more damage, a cutting block is going to be a favorite of yours if you’re into chopping cuts of meat at home. A nice wood cutting block is also a very aesthetically pleasing kitchen essential that can sit out in the open which helps shore up space in cabinets and cupboards, which is more of a bonus than a necessity.

Pots and pans are always needed, but if you must have a good saucepan. Saucepans are used for so many things, from making sauces to sauteeing Asian-inspired noodle recipes, to simply cooking eggs, there’s no limit to what a good saucepan can do. Just remember to wash it by hand or you run the risk of damaging the coating, much like a cast-iron skillet.

Everyone has to measure cups and spoons, but few people commit to using a food scale. If you want an accurate reading of the weight of your food to closely follow a recipe, and a strict recipe as well, then a food scale is a must. Able to read to 1/100ths of a gram is a good feature to look for, but a food scale should be in everyone’s cupboard.

Finally, there’s an immersion blender. A regular blender is hampered by the fact that it only has one chamber to blend in, while an immersion blender can be used handheld so you can blend up ingredients for a recipe in one container rather than making a mess. Not to mention, you can add attachments to increase its usability. All in all a very versatile addition to any kitchen.

As you now see, there are likely a lot of things missing from the kitchen that you never thought would be considered essentials, but if you’re serious about your cooking, and you should be, then these are 8 tools to get ASAP.

Next article 4 Benefits Of Hiring A Roofer